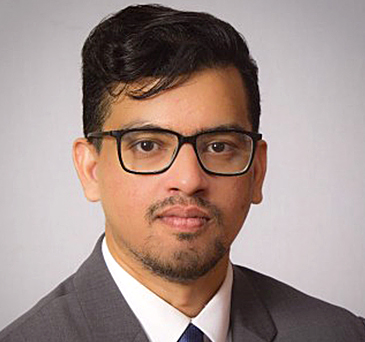 Tonny Ahmed is an associate in BBC Law’s Malvern office. He has extensive experience in civil litigation, representing corporate clients in defending claims related to negligence, personal injury, premises liability, and premises security. He also has experience with insurance coverage, subrogation claims, and contractual disputes. Prior to joining BBC Law, he defended one of the nation’s largest retailers and handled all aspects of his cases through arbitration and/or mediation. Tonny is licensed to practice law in Pennsylvania and New Jersey, as well as the United District Courts for the Eastern and Middle Districts of Pennsylvania and the District of New Jersey.

Tonny began his career serving as a law clerk for President Judge Emeritus Frederica A. Massiah-Jackson at the Philadelphia Court of Common Pleas for two and a half years. While clerking, he earned his Master of Laws in Trial Advocacy from Temple University Beasley School of Law.​ His previous experience also includes working as an Assistant District Attorney at the Philadelphia District Attorney’s Office. While assigned to the Municipal Court Unit, Tonny litigated felony preliminary hearings and misdemeanor trials before the Philadelphia Municipal Court and argued motions before the Philadelphia Court of Common Pleas. In January of 2021, Tonny was promoted to the Gun Crimes Strategy & Prevention Collaborative to prosecute drivers of gun crimes within the South Philly Division. In that position, he prosecuted cases ranging from firearm possession to attempted murder through all stages of the criminal process.

Tonny is involved with several organizations outside of work. He is Board Co-Chair for YESPhilly, Co-Vice President of Law Student Outreach for Asian Bar Association of Philadelphia, and Recruitment Co-Chair for New Leaders Council Philadelphia.

Tonny is a first-generation Bengali American. He has lived in Philadelphia with his beloved family for over 25 years and is a proud alumnus of Central High School.